Visitors will approach a brick wall with 14 empty niches in the wall.  On the adjacent wall, a map of the Kathmandu Valley is projected.

Visitors are encouraged to remove their shoes and touch inside the empty niches.  Sensors inside the niches connect to a circuit board, a laptop, and projector.  Reaching inside each empty niche triggers a corresponding animation on the adjacent wall. Though not labeled and not a traditional map, each niche in the wall corresponds geographically to a location in the Kathmandu Valley where a sculpture was stolen. 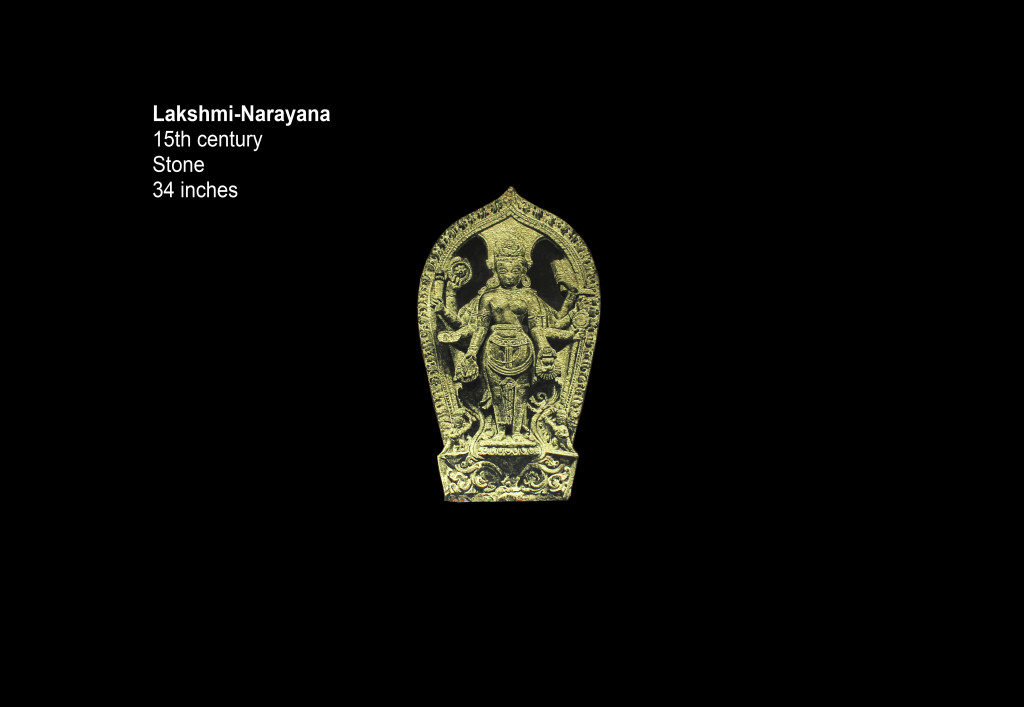 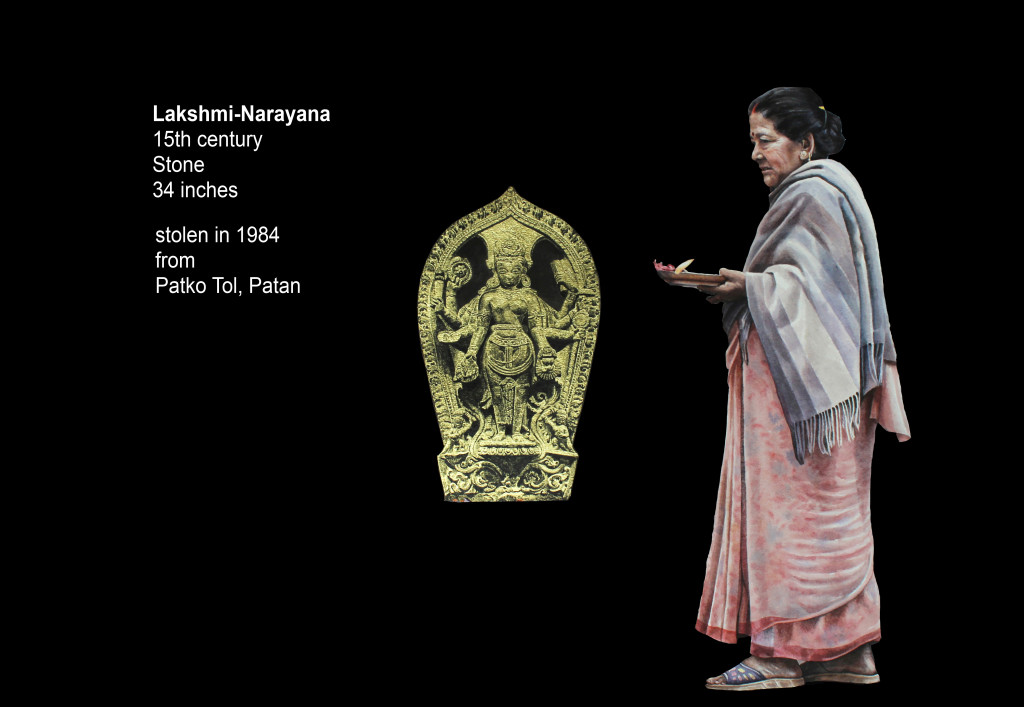 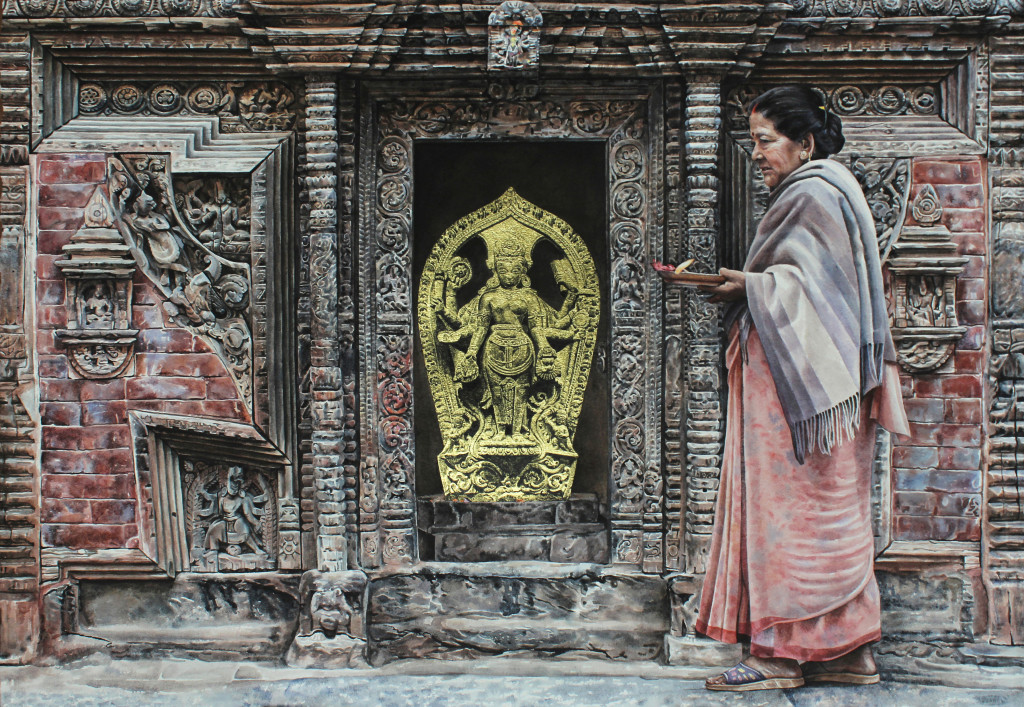 The exhibit allows viewers to experience visiting 14 sites where sacred sculptures have been stolen. Visitors take part in a ritual – taking off shoes and reaching inside empty spaces where sacred sculptures might normally be.  These actions reference our ability to access memories through rituals and physical experiences, connecting viewers with another space and time, as memory does.  In the animations, sculptures are ultimately shown floating on an empty background, out of context as they might appear in a museum.

This installation will be an interactive art experience rather than an interactive info-graphic.  If I can get the database online by the time the exhibition opens, visitors can be directed to the project website for more information.

Removing shoes automatically conjures up notions of entering a temple or shrine.  The challenge is to create a sacred space that will be respectful, simple, and feasible to construct.  I chose a brick wall because most stone sculptures were stolen from niches and pedestals in or against brick walls.

Questions about Presentation and Construction:

How can I build a life-size brick wall?  It would be visually powerful if the wall was actually built of real bricks, but I think it would be difficult to do it on the 1st floor of Nepal Art Council in a way that would be structurally sound and safe for visitors.  My second idea was to project video of a brick wall on a screen, but that would require a second projector and some kind screen.  I also need space to hide the wires and sensors.  The best idea I have is to paint styrofoam bricks, which can be affixed to plywood panels.  The plywood would need to have holes cut where the niches are.  A box behind each hole would create a niche.  If there is enough room in the gallery, I would like the brick wall to be approximately 8 feet wide and 6 feet tall.

The “brick wall” will need to be affixed to the wall in some way.  Perhaps it would be possible to mount the top of the “brick wall” to the wooden support on the gallery wall that paintings are typically hung from?

Can I have sounds playing softly?  I would like to include sounds one might encounter near a temple – traffic noises, dogs barking, bells, people chattering.  (If I remember correctly, one other project intended to have street sounds playing.  Perhaps my project could be exhibited near that one.)

How to cue people to reach into the niches?  IDEAS:

Is there anything I need to be aware of about using sensors?

What happens if people trigger more than one sensor at the same time?

For the projection, I would like to have short animations that I will create from my paintings.  What file format is best?  I plan to use Google Earth and Photoshop to create the animations.  Should the animations be online, or just saved on the laptop? 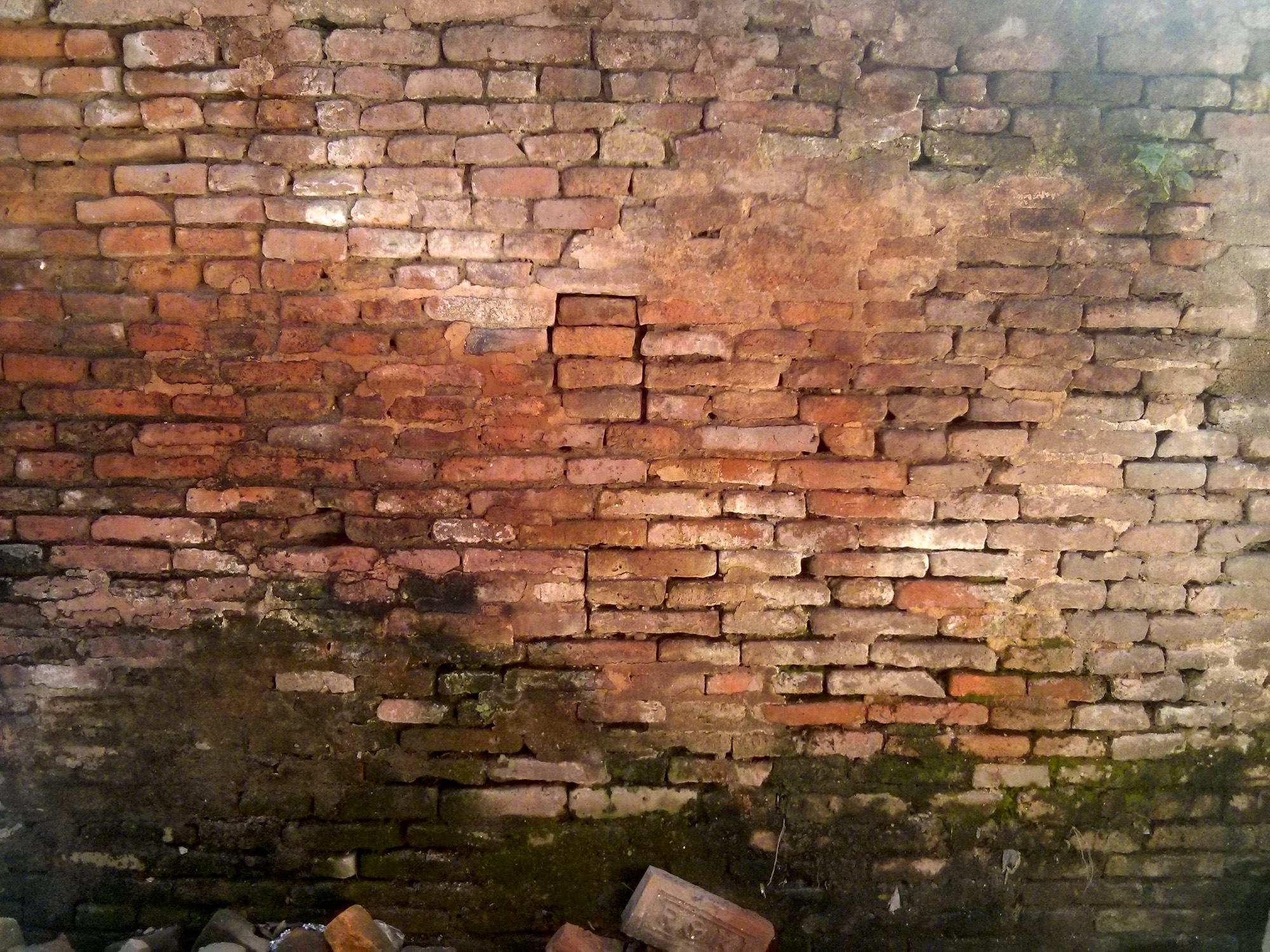